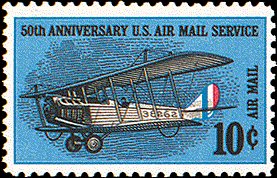 There's a growing groundswell of people
advocating a retreat back to partial or even full regulation of the US
airline industry.

It was originally my intention to write a
short piece explaining why this would be a bad idea, but as I researched
the article, I increasingly realized that it was important to understand
the good and the bad of what regulation was in the past, the how and why
of it being created in the first place, and what caused it to be
subsequently abandoned in 1979.

So, as is often the case, what was to have
been a short piece is now growing to become a major series of articles.
The first two articles can now be read online :

A History of US Airline Regulation part 2 (1926 – 1979) : Good
Intentions, but Successively Bad Regulations.

I've found this a fascinating topic to
research.  For example, do you know how the US airline industry evolved out of
the USPS (which had in the mid 1920s the largest aviation network in the
world) and their airmail service, or the ongoing influences of the USPS
through the mid 1930s and how that flowed into the industry's regulation
(hence the stamp at the top of this article)?